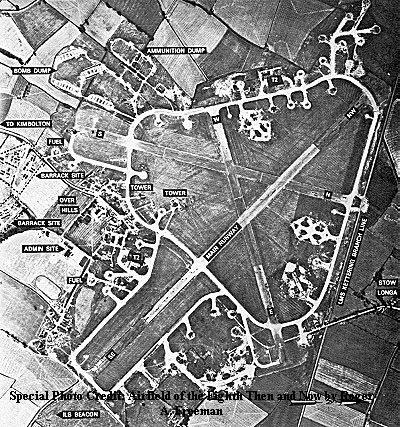 Kimbolton’s old World War II airfield lies on the higher ground to the north and little of it remains visible today. The runways are gone and the land returned to agriculture and all buildings – bar one – have been demolished. The one remaining building lies now within a thriving industrial estate, the Bicton Estate, which was built adjacent to the airfield where the airbase’s supporting buildings once lay.

The airfield (Army Air Force Station 117) was constructed as a base for RAF aircraft in 1941 with a 1340 yard long main runway. After the airfield was taken over by the 8th Air Force the runway was strengthened and extended to 2000 yards. At the same time the number of hardstands was increased from 30 to 50. New crew quarters were built on the south side of the airfield close to the town of Kimbolton. Hangar accommodation consisted of two standard T2 hangars dispersed on the western and southern sides of the airfield.

Kimbolton was initially and briefly occupied by the 91st Bomb Group in September 1942 but the airfield was deemed unsuitable for operations with the heavy US bombers and that Group was relocated to Bassingbourn.

Between May 1943 and June 1945 the airfield was the home of the USAF 379th Bombardment Group, which operated B17 bombers. The 379th holds the distinction of having flown the largest number of WWII sorties. Click on the link below to read the story of just one of those sorties, involving a B17 aircraft named ‘Ye Olde Pub’.

The Story Of Ye Olde Pub

This file may not be suitable for users of assistive technology and are in the following formats: .pdf. Request an accessible format. 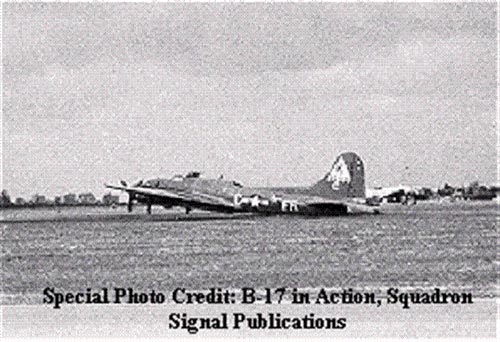 The picture opposite shows B17G 42-38183 “Lost Angel” belly landing at Kimbolton after the aircraft had returned from a mission with landing gear problems. The ball turret had been jettisoned to avoid the yoke breaking the fuselage. There was some damage to the propellers and undersurface skins but the aircraft was repaired and flew in combat again.

A well maintained memorial and marker stone stands on the entrance to the Bicton Estate on the Stow Longa road and there is a memorial to the 379th in St Andrew’s Church, Kimbolton. 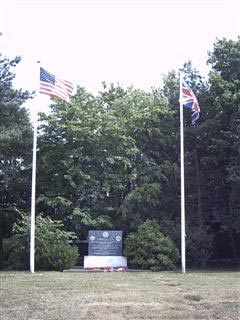 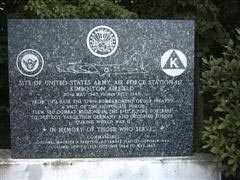 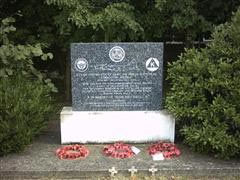 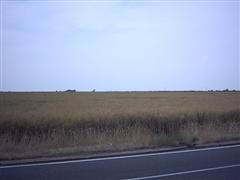